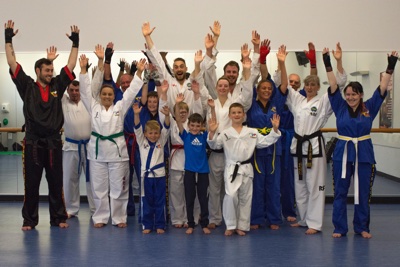 P.U.M.A. is one of the most respected and forward thinking martial arts organisation in the UK.

Led by Master Ray Gayle 8th Dan and Master Mark Ogborne 7th Dan, P.U.M.A. is known worldwide for the quality of it's martial arts and the attitude of it's students and instructors.

At P.U.M.A. we believe that martial arts is about so much more than competitions, trophies and “victory”. That’s why you’ll be welcome here whatever your age, gender, or physical ability - we make our classes accessible for all ages and abilities and we pride ourselves in having many disabled students studying with us. You’ll find yourself in a class with a group of like-minded individuals who will encourage and support your development as you train.

That's not to say we don't also cater for super fit athletes - we have an elite squad with British, European and World champions within our group so it you're looking at being competitive in your martial arts training we have you covered too. 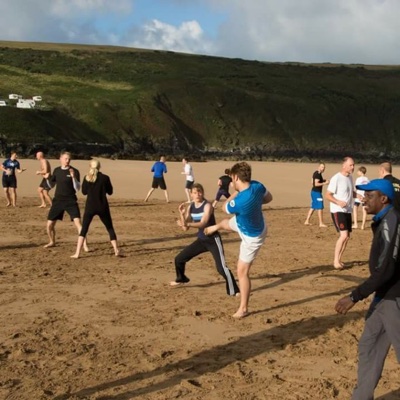 We teach lessons that extend beyond the classroom.

In common with many of the martial art organisations, P.U.M.A. is founded on the principle of respect, both respect for one’s self and for others. Where many other organisations and martial arts systems state that respect has to be earned, we believe that respect is automatic, and can only be lost. This is a particularly key principle in the education of our Junior students, to help build a better society.

Young or old, male or female, P.U.M.A. Martial Arts can give you fitness, discipline, respect, and self-confidence. Whatever you’re looking for in life, from physical fitness to mental stimulation, P.U.M.A. Martial Arts offers something for you. If you have the strength to move and the desire to learn, then you will benefit from what we can deliver. 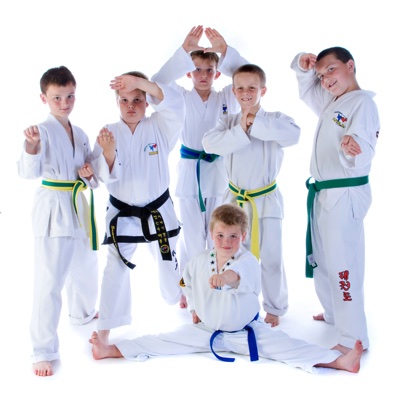 Ever since its inauguration on 1st September 2000, the Professional Unification of Martial Arts has worked tirelessly to safeguard and promote a healthy environment for its students. We understand the trust placed in us by parents, and take our responsibility very seriously, actively helping the police and social services prosecute anyone who is seen to be a danger to our students.

PUMA employs a dedicated Safeguarding Team whose role is to liaise with Police, Social Services and other associated multidisciplinary organisations, to run professional and comprehensive safeguarding education for all instructors, and to promote our Safeguarding Code of Practice.

Our comprehensive Safeguarding Code of Practice was designed under the advisement of the NSPCC, and has since been copied by many other martial arts groups and organisations.

View our Safeguarding Code of Practice 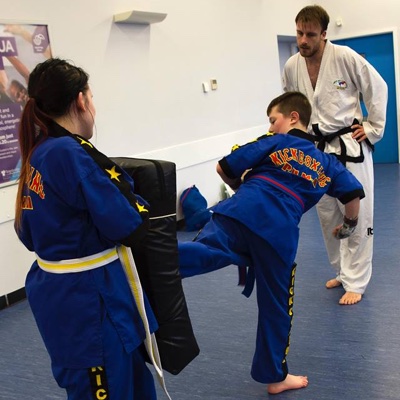 Every PUMA instructor undergoes a regular Safeguarding seminars and training and is expected to adhere to the Safeguarding Code of Practice. They also hold current DBS disclosure documents as well as First Aid, Indemnity Insurance and Instructing Qualifications, ensuring our students are learning in a completely safe environment. 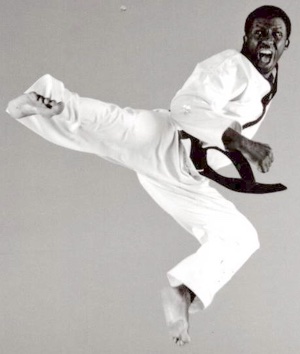 Master Ray Gayle is the chairman of P.U.M.A. He is an eighth degree black belt and has been training in Taekwon-Do for over 40 years.

He competed very successfully for a number of years at a national and international level achieving British and European titles and the award of International Fighter of the Year. He no longer competes but is devoted to passing on his knowledge of Taekwon- Do to other people. 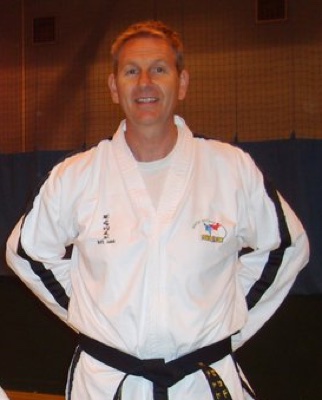 Master Ogborne started his Taekwon-do journey in 1978 under, taking his first grading (with an “A” pass) under First Grand Master, Rhee Ki Ha, the pioneer who brought Taekwon-do into the UK. He later also took his Black belt grading under Grandmaster Rhee at his academy in Glasgow in 1982 and his 3rd degree under Grand Master He Il Cho.

For his 6th Degree he travelled to Norway and was examined by a panel from the International Taekwon-do Federation (ITF), and his Master’s Degree (7th Dan) was awarded in the Republic of Ireland by the son of the founder of Taekwon-do, Choi Jung Hwa in March 2006.

Master Ogborne was a great competition athlete, having been a 5 times British sparring champion and receiving gold medals at the World Open Taekwon-do championships 1988 , 1991, and 1993 for sparring. He also won European gold medals in both sparring and destruction categories.

Master Ogborne is proud to be a founder member of PUMA which was launched in 2000 by the father of TKD General Choi Hong Hi. He continues to love and teach the martial art that we all know. 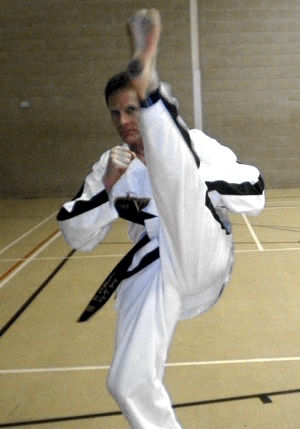 Mr Salts started his Taekwon-do in February 1980 at Ashbourne UKTA Taekwon Do, and from his first punch and kick he knew this was for him! It was a family thing for Mr Salt, as he was joined in his training by his wife and sister-in-law, and later by his daughters. There are now also two more blackbelts in his family, his son-in-law is a 3rd Degree Instructor and Referee and his granddaughter has her Little Puma Blackbelt and is progressing through her Taekwon Do grades

Mr Salt enjoyed competing in Taekwon-do - sparring was his main thing, although power breaking was the one he won at. Later in his career he qualified as an Umpire then referee, and always enjoys helping out at competitions.

Mr Salt opened his first School at Leek in 1989 then Buxton and Biddulph, and with the help of his Blackbelts went on to run Schools at Wilmslow, Knutsford, Congleton, Cheadle, Longton and Fenton. He made the decision to join PUMA in 2002, as he wanted an organisation that offered a better future for his students, and it also motivated him to grade again. At the age of 60 Mr Salt graded to 5th degree, and he says it was the first time he had actually enjoyed a grading, all due to grading alongside Master Ogborne and Mr Tettmar.

Mr Salt is now in charge of the PUMA North area and, after welcoming schools from Chesterfield/South Normanton, now has eleven Schools spanning four counties. 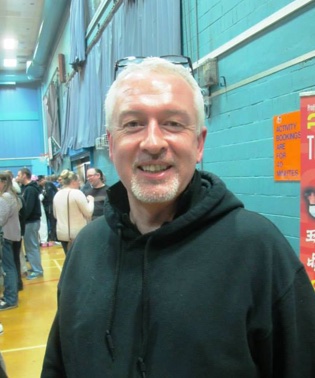 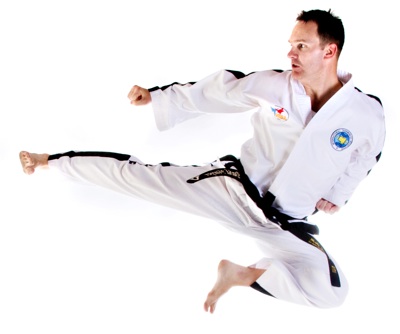 Mr David Harper started his Taekwon-do journey in Andover in 1991 which he continued while at University in Southampton and then, after he graduated, in Gravesend, Kent.

After moving to Gravesend he joined the school run by Master Frank Murphy, where he was introduced to the role of class instructor. It was Master Murphy who realised his potential as a competitive fighter, and he won a number of local and national titles in his competitive career. For the three years between 2000 - 2002 he was part of Master Murphy's team at the prestigious Clash Of The Titans event run by the Martial Arts Illustrated magazine. The pinnacle of this period was when he was awarded the Best Fighter prize at the 2001 event.

Mr Harper joined PUMA in 2004 and was selected the PUMA national team, fighting in a couple of international events before having scale back his competition commitments to concentrate on his family. He made a comeback to competition at the age of 36 and has since picked up numerous English, British and Open titles.

While he still likes to take part in competitions he now spends much of his time teaching Taekwon-do to the next generation of students. He takes great pride in their development, both in Taekwon-do and in life. He strives to be a positive role model for his students and finds nothing more satisfying than when they achieve their goals, whether they be martial arts achievements (gradings, competitions, etc) or outside of martial arts completely. 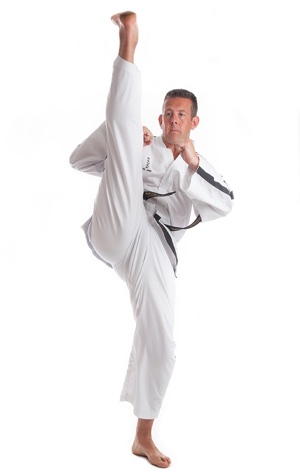 Mr Lammin started training in Taekwon-Do in October 1991 and has been running his school in Bournemouth since May 2003. He has always been heavily involved in the competition circuit, initially as a competitor and more recently as a coach, and is the current Head Coach of the PUMA National Squad.

Mr Lammin has been fortunate to have trained with a number of martial arts legends including Neil Adams (Olympic Judo Medallist and Coach), Bill “Superfoot” Wallace (Kickboxing) and Dan Inosanto (Jeet Kune Do and Eskrima) to name but a few. He lists one of his Taekwon-do highlights as training with General Choi, Hong Hi, IX Degree, the founder of Taekwon-do, on his last visit to this country before he passed away in 2002.

As a competitor Mr Lammin represented England for around 10 years, captaining the team on a number of occasions. Personal highlights include being undefeated at Clash of the Titans for 3 years running, reaching the quarter-finals of the 2000 World Championships and winning numerous national titles.

Mr Lammin started getting involved in the coaching the P.U.M.A. national squad in 2006 and was promoted to the role of head coach in June 2009. Early in 2014 he was invited to be part of the ITF England National Coaching Team and has enjoyed great success over the past few years with both the P.U.M.A. and ITF Teams.

Mr Lammin hopes to continue to build on his coaching successes and pass on the benefit of his experience to ensure that a new generation of P.U.M.A. and ITF competitors reach their full potential. This is now his biggest motivation within Taekwon-Do and martial arts. 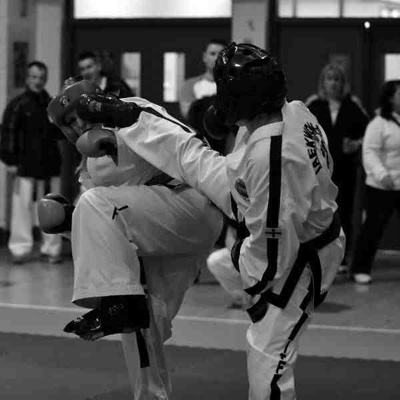 PUMA has an extremely successful national squad, with competitors taking part in Taekwon-do competitions all over the world. We have taken our team to Holland, Croatia, Jamaica, Australia and South Korea to mention but a few.

Our squad training sessions run regularly throughout the year and are overseen by a dedicated and experienced coaching team. These sessions are aimed at anyone who wishes to try and improve their fitness, sparring and technical Taekwon-Do. The sessions are open to any P.U.M.A. Taekwon-Do or Kickboxing students, of any age.

For more information about the PUMA Squad, please contact our Squad Manager.